6.1
Director: Brandon ChristopherWriters: Brandon ChristopherStars: John Holmes, Cherrie Knight, Bettie PageSummary: Traces the first fifty years of adult films, contrasting the variety and explicitness of French films with less explicit but technically-superior U.S. productions. In Europe, from the early years of cinema, women and men engaged in sex on screen. In the U.S., the production code of 1930 as well as Puritan values gave rise to striptease films featuring bare breasts. As U.S. adult films became more mainstream, they showed even less; in the late 1940s and 1950s, the striptease and fan dance gave rise to films of women fighting and women in bondage, often with little bare skin exposed. A narrator guides the viewer through a montage of film clips and social history. Written by <[email protected]>
Also known as: Taboo: The Beginning of Erotic Cinema (on a region-free DVD).
Source: imdb.com 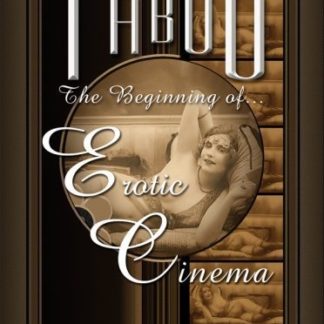