This sale is for Strictly Sinatra (2001) starring Ian Hart on DVD.

5.7
Director: Peter CapaldiWriters: Peter CapaldiStars: Ian Hart, Kelly Macdonald, Brian CoxSummary: In Glasgow, Toni Cocozza, age 28, aspires to be a lounge singer; his repertoire is strictly Sinatra, backed by Bill, an aging piano player and his only friend. Toni dreams big and enters a local television talent show. About that time, a local Mob boss decides Toni is great entertainment and invites him to be his guest at a casino. Toni chats up Irene, a cigarette girl, he gets an odd job or two from Chisolm, the mobster's number two, the audition goes bust, and Toni's future is uncertain. One thing leads to another with the Mob. Is Toni at a crossroads, or is there in reality no turning or going back? Written by <[email protected]>
Also known as: Strictly Sinatra (on a region-free DVD). 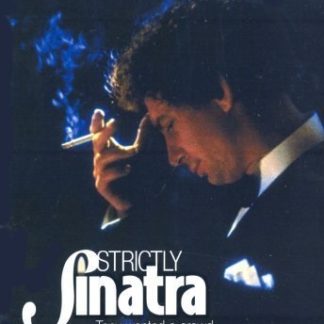