Streets of Blood (2009) with English Subtitles on DVD


This sale is for Streets of Blood (2009) with English Subtitles on DVD.

4.4
Director: Charles WinklerWriters: Gene HessStars: Val Kilmer, 50 Cent, Sharon StoneSummary: In New Orleans after 'Katrina', the partner of Detective Andy Devereaux is found dead, so Devereaux is teamed up with Stan Green. During the investigation, an undercover DEA agent is murdered by two dirty police officers. A psychologist, Nina Ferraro, has successive interviews with Andy, Stan and the two detectives. Meanwhile, the FBI also investigates the corruption in the police force headed by Agent Brown. Written by Claudio Carvalho, Rio de Janeiro, Brazil
Also known as: Streets of Blood (on a region-free DVD). 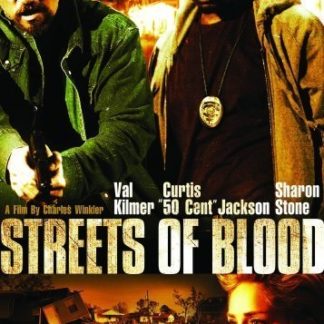