This sale is for Streets (1990) starring Christina Applegate on DVD.

5.8
Director: Katt SheaWriters: Andy Ruben, Katt SheaStars: Christina Applegate, David Mendenhall, Eb LottimerSummary: Tough drama looks at the plight of a young L.A. prostitute, who shoots heroin to get through the day, sells sex just to survive, and eats roadkill sometimes when there isn't anything else available. Into this futile existence is thrown a psycho killer, who gets off on raping and slaughtering the girls he catches on the streets. Sy is a straight kid from Sanata Barbara, who gets drawn into this scuzzy underworld and tries to rescue the young prostitute from the killer and her existence. Written by John Sacksteder <[email protected]>
Also known as: Streets (on a region-free DVD). 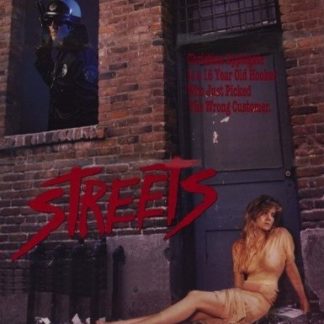