Spring in a Small Town (1948) with English Subtitles on DVD


This sale is for Spring in a Small Town (1948) with English Subtitles on DVD.

7.5
Director: Mu FeiWriters: Tianji LiStars: Chaoming Cui, Wei Li, Yu ShiSummary: Following WWII and with China brought to it's knees by the actions of the Japanese, prior to the rise of the Communists, led by Chairman Mao. This is the time during which Fei Mu's film takes place. Wei Wei plays a woman who lives a lonely life, shackled by her care for her gentle, but ill husband (Shi Yu)- that is until her first love reappears into her life. This is Fei's penultimate film as director, but is still enjoyed by many today as one of his best works. It has now been a firm favorite of many since it was restored in the 80's by the China Film Archive and some rate it as one of the greatest Chinese movies in history. Written by Toby Elliot
Also known as: Spring in a Small Town (on a region-free DVD). 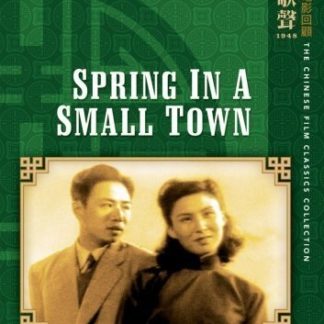