Writers: Stan Lee, Steve DitkoStars: Paul Soles, Peg Dixon, Paul KligmanSummary: Student Peter Parker is bitten by a spider while witnessing an experiment in radiology and finds that the radiation has transferred the properties of the spider (ability to scale walls and swing on webs) to him with a strength proportional to his body. Peter now has super spider powers and is so preoccupied with their possibilities that he fails to help the police stop a thief, who later robs the house of Peter's guardians, Aunt May and Uncle Ben, and kills Ben. Furious, Peter tracks down the culprit at a warehouse, and, on seeing the man's face, Peter realizes that if he had acted earlier to help stop the crook, Ben would be alive now. So, Peter vows to use his new powers to fight crime, as the super-heroic Spider-Man. Written by Kevin McCorry <[email protected]>
Also known as: Spider-Man (on a region-free DVD). 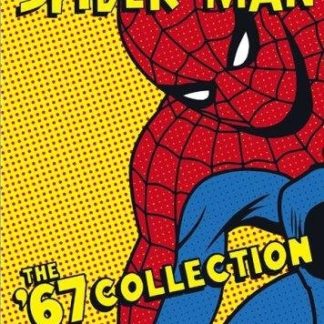