View cart “Police Story (1985) with English Subtitles on DVD” has been added to your cart.


This sale is for Speedtrap (1977) starring Joe Don Baker on DVD.

5.7
Director: Earl BellamyWriters: Fred Mintz, Henry C. ParkeStars: Joe Don Baker, Tyne Daly, Richard JaeckelSummary: After a wave of unsolved car thefts, an insurance company calls in private investigator Pete Nobeck to solve the case. While the chief of police isn't thrilled about having an outsider come and show up his men, one of the officers is a former girlfriend of Nobeck's who's more than willing to help him out in any way she can. After a long and convoluted investigation with false leads, psychics and the mafia, Nobeck at last unravels the identity of the thief. Written by Jean-Marc Rocher <[email protected]>
Also known as: Speedtrap (on a region-free DVD). 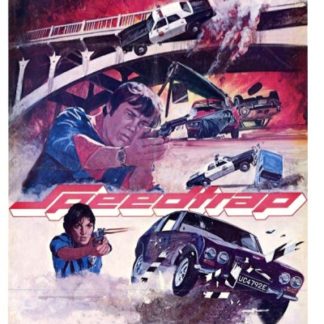