This sale is for SOS Coast Guard (1937) starring Ralph Byrd on DVD.

6.0
Director: Alan James, William WitneyWriters: Barry Shipman, Franklin AdreonStars: Ralph Byrd, Bela Lugosi, Maxine DoyleSummary: A 12-episode serial. The government of Marovania hires the wicked Boroff to manufacture a powerful gas that causes mass disintegration. Boroff is en route to Marovania with a boatload of arnatite to make the gas when his steamer runs aground off the California coast. Boroff soon commits a murder. The Coast Guard, led by Lt. Terry Kent, must hunt Boroff, figure out his plan and where the arnatite is, capture and dispose of any gas Boroff manages to make, and protect the safety of civilians, including Terry's special friend, ubiquitous reporter Jean Norman, and her chatty photographer, Snapper McGee. Aiding Boroff is his slave Thorg, a formidable giant. Kent must often use his fists. Written by <[email protected]>
Also known as: SOS Coast Guard (on a region-free DVD). 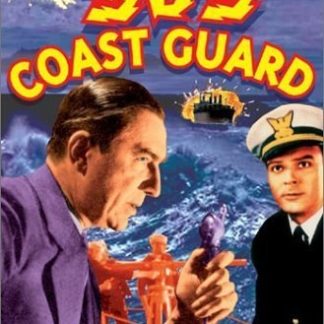