Soldier in the Rain (1963) starring Jackie Gleason on DVD


This sale is for Soldier in the Rain (1963) starring Jackie Gleason on DVD.

6.7
Director: Ralph NelsonWriters: Maurice Richlin, Blake EdwardsStars: Steve McQueen, Jackie Gleason, Tuesday WeldSummary: Sentemental military comedy revolves around two contemporary army buddies, Master Sergeant Maxwell Slaughter (Jackie Gleason), a smooth operator, who supply Sergeant Eustis Clay (Steve McQueen) idolizes and hopes will join him as a civilian in a private business enterprise. Clay endeavors to be a player in the military, just like Slaughter, but it seems as though Clay still has a lot to learn from his mentor. They are joined by Tuesday Weld as a shrill dizzy blonde teenager named Bobby Jo Pepperdine and Tony Bill as bumbling Private First Class Jerry Meltzer, McQueen's screwball sidekick. Written by alfiehitchie
Also known as: Soldier in the Rain (on a region-free DVD). 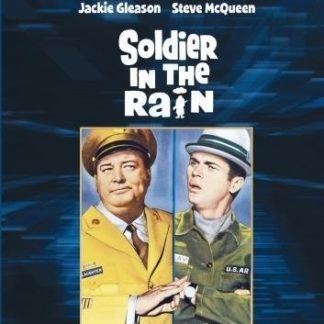