This sale is for Sloane (1985) starring Robert Resnick on DVD.

4.6
Director: Dan Rosenthal, Richard BeldingWriters: Aubrey K. RattanStars: Robert Resnick, Debra Blee, Raul AragonSummary: The story opens with Richard Thursby's murder and the abduction of his wife, Janice. Former cop and martial arts expert, Philip Sloane, is retained by family and flies to Manila in search of clues. He's joined by an old friend, Pete Saimi, and Thursby's sister, Cynthia in an adveture which includes a worldwide religious cult, Chinese overlord, a brothel and cave-dwelling cannibal pygmies. Must be seen to be believed! Written by Dr. Cosmo; Esq. <[email protected]>
Also known as: Sloane (on a region-free DVD). 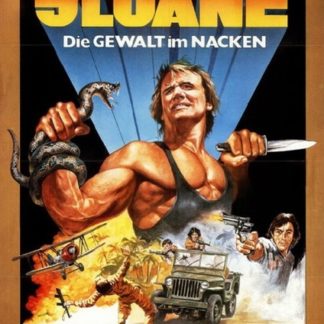