This sale is for Shock Corridor (1963) starring Peter Breck on DVD.

Director: Samuel FullerWriters: Samuel FullerStars: Peter Breck, Constance Towers, Gene EvansSummary: Johnny Barrett, an ambitious journalist, is determined to win a Pulitzer Prize by solving a murder committed in a lunatic asylum and witnessed only by three inmates, from whom the police have been unable to extract the information. With the connivance of a psychiatrist, and the reluctant help of his girlfriend, he succeeds in having himself declared insane and sent to the asylum. There he slowly tracks down and interviews the witnesses - but things are stranger than they seem ... Written by David Levene <[email protected]>
Also known as: Shock Corridor (on a region-free DVD). 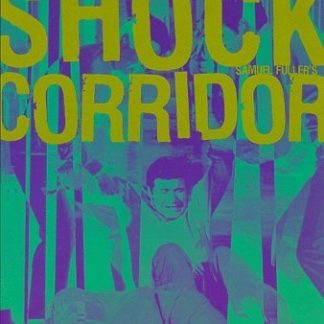