This sale is for Shin Kamen Rider (1992) with English Subtitles on DVD.

5.7
Director: Makoto Ishikawa, Makoto TsujiWriters: Shotaro Ishinomori, Hayato MiyashitaStars: Kohisa Ishikawa, Yumi Nomura, Joe OnoderaSummary: A scientist's son, named Shin, volunteers for tests. These tests turn out to be run by the "Syndicate." He is tranformed into a Kamen Rider. Knowing the "Syndicate's" plans for world domination, they must kill Shin. The CIA, trying to stop the "Syndicate" also find out Shin is a Kamen Rider. So, the CIA is also trying to kill him. Shin gets his girlfriend pregnant, and the "Syndicate" leader (of the Japan branch" kills Shin's girlfriend... Written by Hongou
Also known as: Shin Kamen Rider (on a region-free DVD). 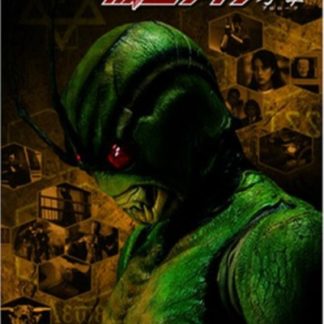