Director: William GirdlerWriters: William Girdler, David SheldonStars: Pam Grier, Austin Stoker, D'Urville MartinSummary: Louisville businessman, Andy Shayne (Rudy Challenger), who owns a small financial agency which helps provide loans and credit to the under-privileged, is roughed up by a group of hired thugs, who want to send a message; sell his business to a competitor. Mr. Shayne's daughter is none other than the fabulous, Ms Pam Grier, and she's not going to let anyone hurt her father, nor his business- and that includes anyone who disses her 'just because she's a woman'. While Sheba looks for the men (and the organisation) supporting the thugs, she also finds a sinister motive behind their actions. Sheba's former flame Brick (Austin Stoker) adds some muscle to her mission Written by Ken Miller <[email protected]>
Also known as: 'Sheba, Baby' (on a region-free DVD). 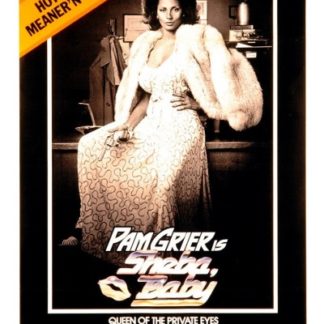