Shakespeare in… and Out (1999) starring Roger Shank on DVD


This sale is for Shakespeare in… and Out (1999) starring Roger Shank on DVD.

5.0
Director: Peter ShushtariWriters: Peter Shushtari, Mark LawrenceStars: Roger Shank, Lawrence Trilling, J.D. SmithSummary: Rich Longfellow is a young aspiring actor who dreams of playing Shakespeare's Hamlet. He moves from a small town in Ohio to L.A., sure he will star in major motion pictures before making his way to England to perform Shakespeare at London's Old Globe Theater. In the meantime, his physical attributes get him an acting job - in the porno industry! He begins a series of low-budget videos entitled, "America's Homemade Sex Videos" and soon moves up to feature-length porns. Eventually, he realizes he's not on the right path toward his lofty Shakespearean goals, so he quits the industry to do "Shakespeare For Seniors", a volunteer group performing Hamlet on a tour of convalescent homes in the San Fernando Valley. Written by <[email protected]>
Also known as: Shakespeare in... and Out (on a region-free DVD). 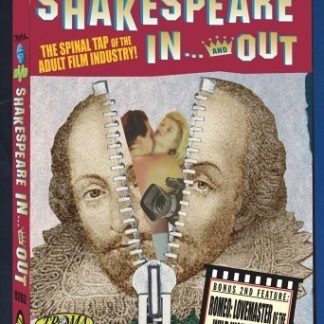