This sale is for Seven Beauties (1975) with English Subtitles on DVD.

7.8
Director: Lina WertmüllerWriters: Lina WertmüllerStars: Giancarlo Giannini, Fernando Rey, Shirley StolerSummary: It's sometime during WWII. Italian national, Neapolitan Pasqualino Frafuso, is a big talking layabout who has grand ideas of his importance, especially in upholding the honor of his family consisting of his mother and his less than attractive seven sisters. He admits to himself that he too is less than handsome, but believes he nonetheless attracts the romantic interest of most women. It is in he upholding the honor of his sisters that he often calls himself Pasqualino Settebellezze, translated Pasqualino "Seven Beauties". Having gone AWOL from military service, he has just gotten off a train as a stowaway in an unknown locale having just met another AWOL soldier, Francesco, they believing they somewhere in Germany, which is indeed a correct assumption. In relaying his less than direct "point A to point B" story in how he arrived at this point in time to Francesco, Pasqualino tells one in which every conscious decision was what he thought would be the path of greatest ease for himself... Written by Huggo
Also known as: Seven Beauties (on a region-free DVD). 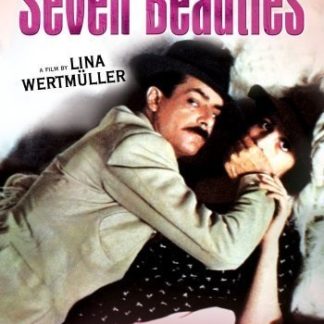