Sevdalim (1980) with English Subtitles on DVD


This sale is for Sevdalim (1980) with English Subtitles on DVD.

7.2
Director: Salih DikisçiWriters: Mehmet GülerStars: Funda Gürkan, Hakan Özer, Yasar YagmurSummary: Metin is a former businessman, who fell into drugs and sex, that have led him to commit a murder, of which he recalls very little. After getting out of prison, his friend Yasar (nicknamed "Apollo") who is a drugs smuggler offers him a job, which he kindly refuses. He returns to the nightlife of Istanbul. He has sex with a prostitute and falls into some kind of amnesia, only to discover later that he has murdered her, as well. In complete shock, he runs away, hiding in some sleazy places while trying to remember what has occurred. He is convinced of his innocence, but can't remember a thing, blaming the booze for systematically getting into a state of amnesia. He has sex with nymphomaniac ex-sister in-law and then meets Gönül, friend of the murdered prostitute and herself a heroin-addict hooker, who decides to help him find out the truth. After many encounters with lots of people, he discovers that the real murderer was Yasar. When the police try to arrest Yasar, he resists and gets ... Written by lament
Also known as: Sevdalim (on a region-free DVD).
Source: imdb.com 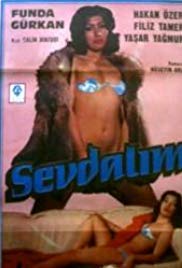