Director: Vadim ShmelyovWriters: Denis Karyshev, Vadim ShmelyovStars: Anfisa Chekhova, Dmitriy Kubasov, Evgenia BrikSummary: On TV a new reality show, "Pionerlager", has started. Following the results of a casting, five young men and five girls, led by young TV presenter Alice Ten, go to the thrown pioneer camp. The rules state that every week someone would be eliminated from the show. The last one remaining will win the main prize: one million roubles. But suddenly game rules change: the invisible observer declares that it is life, not money, that will be the award for the winner. The maniac hiding behind the mask of a horse, begins a hunt for the participants. Children's horror stories which he once listened to in pioneer camp, revive and become a plot of its own murders. Written by DK
Also known as: S.S.D. (on a region-free DVD).
Source: imdb.com

Be the first to review “S.S.D. (2008) with English Subtitles on DVD” Cancel reply 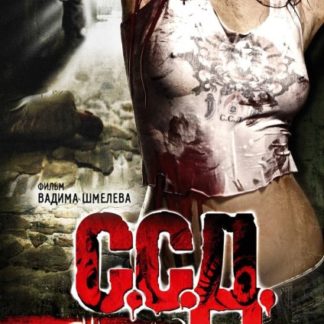