‘Round Midnight (1986) with English Subtitles on DVD


This sale is for ‘Round Midnight (1986) with English Subtitles on DVD.

7.4
Director: Bertrand TavernierWriters: David Rayfiel, Bertrand TavernierStars: Dexter Gordon, François Cluzet, Gabrielle HakerSummary: In 'Round Midnight, real-life jazz legend Dexter Gordon brilliantly portrays the fictional tenor sax player Dale Turner, a musician slowly losing the battle with alcoholism, estranged from his family, and hanging on by a thread in the 1950's New York jazz world. Dale gets an offer to play in Paris, where, like many other black American musicians at the time, he enjoys a respect for his humanity that is not based upon the color of his skin. A Parisian man who is obsessed with Turner's music befriends him and attempts to save Turner from himself. Although for Dale the damage is already done, his poignant relationship with the man and his young daughter re-kindles his spirit and his music as the end draws near. Written by Siddy DeRosser
Also known as: 'Round Midnight (on a region-free DVD). 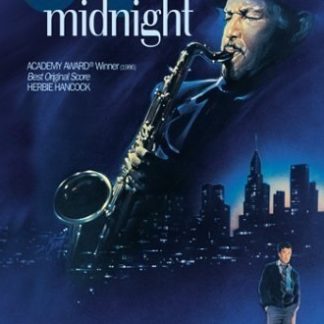