This sale is for Rising Son: The Legend of Skateboarder Christian Hosoi (2006) starring Dennis Hopper on DVD.

7.6
Director: Cesario Block MontanoWriters: Peter AltonStars: Dennis Hopper, Jay Adams, Salman AgahSummary: The rise, fall, and rebirth of Christian Hosoi, the young man who helped skateboarding re-emerge as a major cultural influence in the 1980s. The inventive skater and businessman was incarcerated in 2000 for trafficking controlled substances across state lines, and since his parole in 2004, the Born-Again Christian has dedicated his life to being a good father and positive influence on the sport. Written by Anonymous
Also known as: Rising Son: The Legend of Skateboarder Christian Hosoi (on a region-free DVD).

Be the first to review “Rising Son: The Legend of Skateboarder Christian Hosoi (2006) starring Dennis Hopper on DVD” Cancel reply 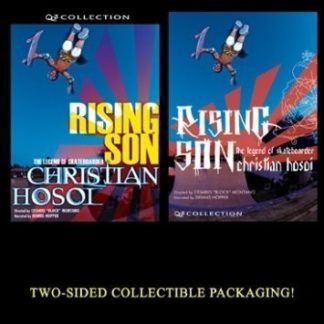