This sale is for Renegade Riders (1967) with English Subtitles on DVD.

5.7
Director: Enzo G. CastellariWriters: Tito Carpi, Enzo G. CastellariStars: Edd Byrnes, Ennio Girolami, Luisa BarattoSummary: It's 1867 Texas. The American Civil War has ended but a handful of Confederate commanders and their units refuse to accept defeat and surrender. One of these commanders is Colonel Thomas Blake. He and his men raid the farms, towns and settlements where Yankees live. Rumors abound about Colonel Blake having gone insane. Many claim that Blake robs and kills for his own pleasure and personal gain rather than in the name of Confederacy. The authorities post huge rewards for the capture or killing of Colonel Blake and his men. However, Blake is shrewd and hard to entrap. He too wants money. More specifically, Colonel Blake is after the 200 thousand dollars that vanished in the final days of the war from the Confederate coffers. The money was last seen in the strong box of Confederate General Beauregard. Blake sends a trusted aide, Chamaco Gonzales, to inquire among the Confederate veterans and disbanded soldiers about the whereabouts of General Beauregard's strong box. But Chamaco is ... Written by nufs68
Also known as: Payment in Blood (on a region-free DVD). 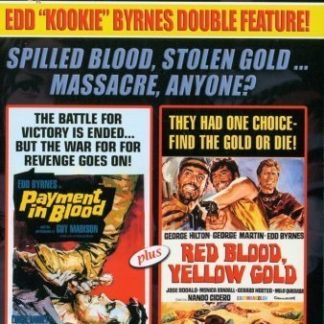