6.4
Director: Roy Del RuthWriters: Don 'Red' Barry, George CallahanStars: George Raft, Virginia Mayo, Gene LockhartSummary: Nick Cherney, in prison for embezzling from Torno Freight Co., sees a chance to get back at John Torno through his young priest brother Jess. He pays fellow prisoner Rocky, who gets out a week before Nick, to murder Jess...who, dying, tells revenge-minded John that he'd written a clue "in the Bible." Frustrated, John obsessively searches for the missing Gideon Bible from Jess's hotel room. Meanwhile, Nick himself gets out with murder still in his heart. But another factor is in play that none of them (except the murdered Jess) had planned on. Written by Rod Crawford <[email protected]>
Also known as: Red Light (on a region-free DVD). 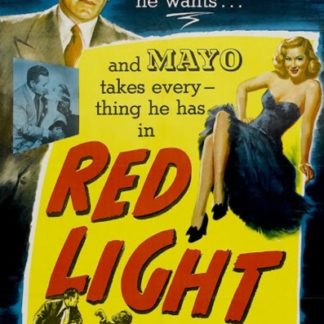