This sale is for Raw Justice (1994) starring David Keith on DVD.

4.1
Director: David A. PriorWriters: David A. PriorStars: David Keith, Robert Hays, Pamela AndersonSummary: Mayor Stiles' daughter Donna is killed the night after a lousy date with the shy Mitch. Of course this makes him the main suspect. When Mitch gets free on bail, Styles hires ex-cop Mace to follow him. Mace learns immediately that someone's after Mitch's life - and after his and prostitute Sarah's too, as soon as they're seen together. Unfortunately it's a cop who's after them, murdering witnesses and faking evidence against Mace. So Sarah has to give her best to soothe the pain of being accused while innocent. Written by Tom Zoerner <[email protected]>
Also known as: Raw Justice (on a region-free DVD). 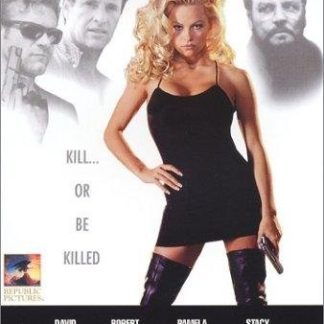