Raiders of the Sun (1992) starring Richard Norton on DVD


This sale is for Raiders of the Sun (1992) starring Richard Norton on DVD.

4.3
Director: Cirio H. SantiagoWriters: Frederick Bailey, Thomas McKelvey CleaverStars: Richard Norton, William Steis, Henry StrzalkowskiSummary: Bloodthirsty factions rule the barren earth. It's the 21st Century and a biological disaster has ruined the planet. Here, in a world where gunpowder is more valuable than gold, a few hundred survivors wage the final conflict for power and control. Yet among them rises a new warrior, destined to shape the aeons which will follow -- a man who stops at nothing to achieve his ends, and for whom courage is the only commodity. Written by Concorde - New Horizons (with permission).
Also known as: Raiders of the Sun (on a region-free DVD). 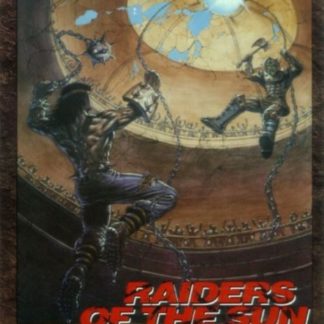