Director: Arthur HillerWriters: Matty Simmons, William DozierStars: Jon Bon Jovi, Estella Warren, David FaustinoSummary: Frank Hopper (Bon Jovi) is a former lawyer, long-term loser and constant dreamer - and frankly, probably just not all that bright. When he receives a credit card in the mail, he believes he's hit the jackpot. It's not long before he's working his way toward financing his dream - an all-woman hockey team. He's also put himself in debt to the tune of more than $300,000. Naturally, he winds up in court when his plan backfires. Written by [email protected]
Also known as: Pucked (on a region-free DVD). 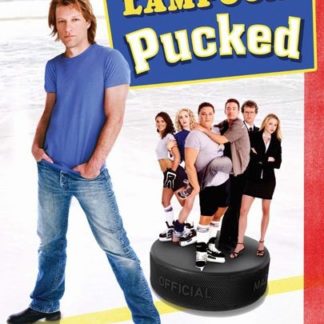