This sale is for Psychon Invaders (2006) starring Ford Austin on DVD.

6.7
Director: Jeff LeroyWriters: Jeff LeroyStars: Ford Austin, Philo Barnhart, Vinnie BilancioSummary: Sarah McKinnis, a software engineer at a weapons factory, is accidentally shot in the head by a new type of riot control pistol. From that moment, her life becomes a nightmare. People appear to her as hideous aliens. She is the only one that can see these creatures. She tries to warn her normal looking supervisor, Ed Devon, but the evil space creatures massacre everyone at her laboratory. Sarah escapes with the riot control pistol. The aliens kill her sister in retaliation. She wages a lone war against the extra-terrestrial menace, shooting and killing the army of hideous, green skinned monsters from space. But, how can one woman stop this hidden invasion from the stars? Written by Anonymous
Also known as: Psychon Invaders (on a region-free DVD).
Source: imdb.com 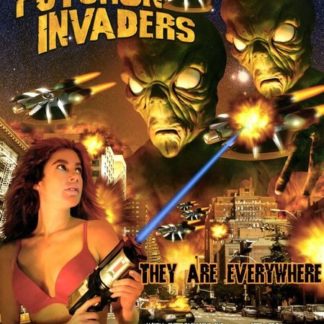