This sale is for Prometheus’ Garden (2008) starring Emily Bishton on DVD.

7.5
Director: Bruce BickfordStars: Emily Bishton, John Hanford, Bill JedrzejewskiSummary: Inspired by the Greek myth of Prometheus, a Titan who created the first mortals from clay and stole fire from the gods, Prometheus Garden immerses viewers in a cinematic universe unlike any other. The dark and magical images of this haunting film unfold in a dreamlike stream of consciousness revealing an unlikely cast of clay characters engaged in a violent struggle for survival.
Also known as: Prometheus' Garden (on a region-free DVD). 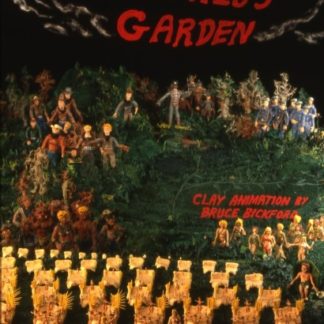