This sale is for Project: Kill (1976) starring Leslie Nielsen on DVD.

3.9
Director: William GirdlerWriters: Galen Thompson, David SheldonStars: Leslie Nielsen, Gary Lockwood, Nancy KwanSummary: John Trevor escapes from the military base where he commanded Project: Kill, a mind control experiment that used drugs to create bodyguards and assassins for the United States and makes his way to the Philippines. Soon Trevor finds himself in love with Lee Su and feeling the withdrawal symptoms from the drugs for the mind control that make him very dangerous not only to himself but everyone around him. His former second in command Project: Kill agent Frank Lassiter has been ordered to find him before the with drawl effects become too violent and before he sells out the program. Asian mobster Alok Lee is also after Trevor in the hopes of getting the secrets of Project: Kill. Time is running out for Trevor as the with drawl becomes worse, Lassiter, the Philippine police, and Lee's men close in on him. Written by timdalton007
Also known as: Project: Kill (on a region-free DVD). 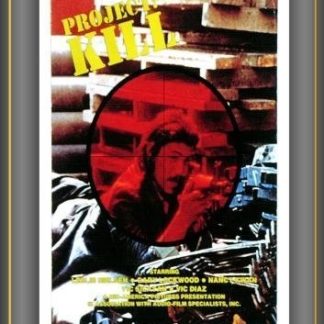