This sale is for Prehistoric Women (1967) starring Martine Beswick on DVD.

Director: Michael CarrerasWriters: Michael CarrerasStars: Martine Beswick, Edina Ronay, Michael LatimerSummary: Jungle guide David Marchand is kidnapped by a tribe of natives who want to sacrifice him to their white rhino god. Just as he's about to be killed, however, he is thrown backwards in time to a kingdom of brunette women and their blonde slaves. David rejects the advances of Queen Kari and sides with the blondes, which leads to him being imprisoned in the dungeon. Can David find some way of returning to his own time? And if he does, what will be awaiting him when he returns? Written by Jean-Marc Rocher <[email protected]>
Also known as: Prehistoric Women (on a region-free DVD). 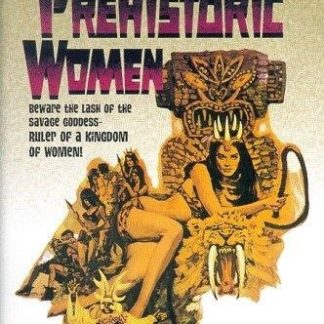