This sale is for Poetry of Nature (1939) starring Pete Smith on DVD.

5.5
Director: Mervyn FreemanStars: Pete SmithSummary: It's the start of another day in California redwood country, and much of its wildlife is just waking up not so quietly. After being fully awake, the animals start their tasks for the day. Mr. Crow is off to raid other bird's nests, robbing them of their eggs. Along the way, he has an encounter with a not so scary scarecrow. But once the crow spies some nests with eggs, other wildlife in the area may have their say in what the crow is actually able to accomplish. Another stop along his route has the crow taking a quick dip before going to where he's sure to find lots of eggs: a farm. But lots of eggs means lots of chickens to protect those eggs. Then it's off to home, but has he brought any eggs home for the family? He also finds that if he can raid other bird's nests, other wildlife can raid his as well. Written by Huggo
Also known as: Poetry of Nature (on a region-free DVD). 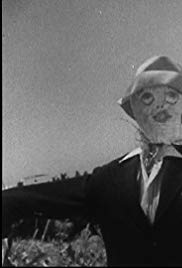