Phantom of the Ritz (1988) starring Peter Bergman on DVD


This sale is for Phantom of the Ritz (1988) starring Peter Bergman on DVD.

4.6
Director: Allen PloneWriters: Tom DempseyStars: Peter Bergman, Deborah Van Valkenburgh, Russell CurrySummary: Ed Blake is a balding middle-aged man who decides to buy an old movie theater, called The Ritz, to shape it up into a retro 1950s music hangout. With the aid of his loyal girlfriend Nancy, his foreman Bruno, and his assistant Marcus, Ed is able to assemble a construction team to plan to be on time for the grand re-opening. But unknown to everyone, a large and disfigured man lives in the passageways of the old theater since the 1950's occasionally popping out to murder an occasional wino or intruder that happens upon his domain. Written by matt-282
Also known as: Phantom of the Ritz (on a region-free DVD). 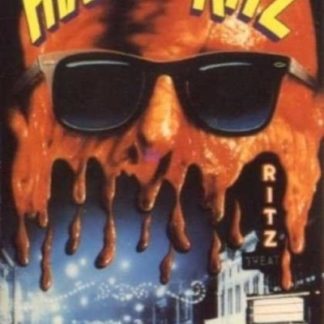