7.0
Director: Bill BaggsWriters: Mark GatissStars: Caroline John, Louise Jameson, Terry MolloySummary: The Preternatural Research Bureau are called in to investigate when a retired headmaster and his pet dog are found slain. Liz Shaw (Caroline John) is disturbed to find signs of a satanic ritual near to the crime scene. Liz's investigation leads her to the nearby Winterborne School where it appears someone is intent on covering up an ancient secret - at any cost. When another animal is slaughtered, the current headmaster Gavin Purcell (Peter Davison)is accused of murdering a pupil and one of the school's oldest members of staff is stabbed with a knife Liz comes under increasing pressure to solve the case. However, P.R.O.B.E. is facing another challenge as it is threatened with closure and Liz finds herself in conflict with her superiors and even her strongest Whitehall ally Patricia Haggard (Louise Jameson). Things get even more complicated when Purcell reveals that the legendary Devil of Winterborne is at large and that only Liz can stop it. Written by Mark_a_Wood <[email protected]>
Also known as: P.R.O.B.E.: The Devil of Winterborne (on a region-free DVD).

Be the first to review “P.R.O.B.E.: The Devil of Winterborne (1995) starring Caroline John on DVD” Cancel reply 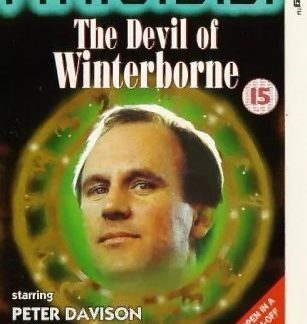