Oxhide (2005) with English Subtitles on DVD


This sale is for Oxhide (2005) with English Subtitles on DVD.

7.1
Director: Jiayin LiuStars: Huifen Jia, Jiayin Liu, Zaiping LiuSummary: Daily life in an impossibly cramped Beijing apartment takes on epic proportions in this, intimate portrait, with unprecedented access, of a working-class Chinese family. Boldly transforming documentary into fiction, Liu Jiayin cast her parents and herself as fictionalized versions of themselves. Her father, Liu Zaiping, sells leather bags but is slowly going bankrupt. He argues with his wife, Jia Huifen, and his daughter over methods to boost business in the shop. A cloud of anxiety follows them into sleepless nights shared in the same bed. But through the thousand daily travails of city life, a genuine and deeply moving picture of Chinese familial solidarity emerges from the screen. With virtually no budget and boundless ingenuity, Liu Jiayin's eye-opening debut, shot when she was 23 years old, consists of twenty-three static, one-scene shots within her family's fifty square meter home. Liu keeps her small DV camera in claustrophobic closeness to her subjects, often showing only ... Written by dGenerate Films
Also known as: Oxhide (on a region-free DVD). 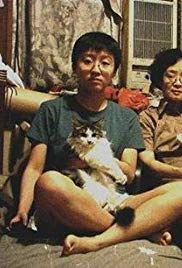