This sale is for Oi! Warning (1999) with English Subtitles on DVD.

6.1
Director: Ben Reding, Dominik RedingWriters: Ben Reding, Dominik RedingStars: Sascha Backhaus, Simon Goerts, Sandra BorgmannSummary: The film (the third of the Reding brothers) is about a German teenager following his identity crisis. The boy, transformed by the usual down-trodden socio-economic conditions of contemporary Europe, becomes a skin head, following the first one's lead. On the other side he befriends with a leftist (a punk) who is gay. This causes more and more conflicts which eventually leads to an atrocious end for the punk. The film offers scenes of homophobic violence by skinheads, and the whole relationship between the skinhead and gay movements (in Germany gay skinheads represent a substantial subculture). Written by Guy33134
Also known as: Oi! Warning (on a region-free DVD).

Be the first to review “Oi! Warning (1999) with English Subtitles (DVD)” Cancel reply 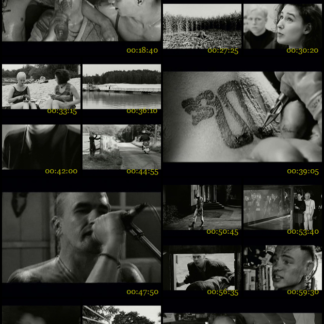