O Olho Mágico do Amor (1981) with English Subtitles on DVD


This sale is for O Olho Mágico do Amor (1981) with English Subtitles on DVD.

5.4
Director: José Antonio Garcia, Ícaro MartinsWriters: José Antonio Garcia, Ícaro MartinsStars: Carla Camurati, Tânia Alves, Ênio GonçalvesSummary: In São Paulo, the suburban girl Vera Maria Gatta finds a job of secretary in the Society of the Ornithology Friends in Boca do Lixo. Her boss Prolíxenes is absent most of the time and Vera is bored in the office. One day, Vera accidentally finds a peephole on the wall where she can peep the room of the prostitute Penélope. On the next days, Vera spends most of her time snooping Penélope having kinky sex with her clients, meeting her gigolo Átila and then she fantasizes the situation. One day, Vera decides to meet Penélope, but she is raped by Átila. Three days later, Vera returns to her office and quits the job. A couple of days later, she returns to the office in the middle of the night and throws a heavy statue on Átila's head. She finally has an encounter with Penélope. Written by Claudio Carvalho, Rio de Janeiro, Brazil
Source: imdb.com 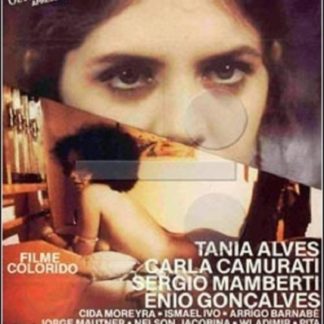