This sale is for O Coronel e o Lobisomem (2005) with English Subtitles on DVD.

5.9
Director: Maurício FariasWriters: Guel Arraes, João FalcãoStars: Diogo Vilela, Selton Mello, Ana Paula ArósioSummary: In the beginning of the Twentieth Century, Coronel Ponciano de Azeredo Furtado inherits the farm Sobradinho in the country, many possessions and the title of "colonel" of his grandfather. His close friend Pernambuco Nogueira, son of one of the employees of the farm and with whom Ponciano was raised together since they were born, gets nothing in the will. Ponciano has a crush on his cuisine Esmeraldina, but he never declares his love to her. When he loses the mortgage of his farm to Nogueira, who got married to Esmeraldina, Ponciano goes to the court trying to prove that Nogueira is a werewolf. Written by Claudio Carvalho, Rio de Janeiro, Brazil
Also known as: O Coronel e o Lobisomem (on a region-free DVD). 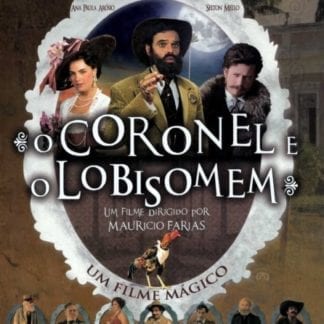