Ninja (2009) with English Subtitles on DVD


This sale is for Ninja (2009) with English Subtitles on DVD.

Director: Isaac FlorentineWriters: Boaz DavidsonStars: Scott Adkins, Tsuyoshi Ihara, Mika HijiiSummary: Casey, a Westerner studies Ninjitsu in Japan. And in their Master's possession is an Ninja armor with some legendary weapons which goes to a deserving person. Masazuka, another student thinks he is that person but the Master has an affinity for Casey. One day Masazuka attacks Casey and Casey defends himself scarring Masazuka. Masazuka would be banished. He would then become an assassin, who works for a group criminals called The Ring. Masazuka would return demanding the armor but the Master still refuses. The Master tells Casey and his daughter, Namiko to take the armor to America were it can be kept from Masazuka. After killing the Master, Masazuka follows them to Anmerica and tries to get it. Casey is erroneously arrested for crimes committed by Masazuka. He eventually abducts Namiko and demands turn the armor to him. Casey tells him if he wants he'll have to fight him for it. Written by [email protected]
Also known as: Ninja (on a region-free DVD). 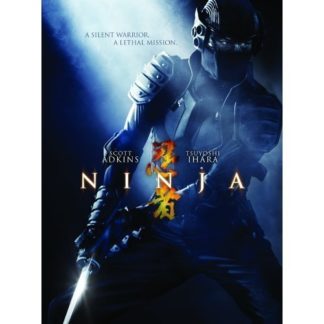