This sale is for Narcotics: Pit of Despair (1967) starring Kevin Tighe on DVD.

5.9
Director: Mel MarshallWriters: Edward BrennanStars: Kevin Tighe, Gerald LeRoy, Julie ConnersSummary: This educational film presents the hidden dangers to especially young people in what they may initially deem a harmless activity, namely the use of drugs, most specifically narcotics. The every boy in this case is student John Scott, who is your average young man in that he is a good person, but is facing what he sees as some struggles in his day-to-day life, such as failing some classes which could kick him off the school track team, and feeling misunderstood by his often neglectful parents. In preparing for exams, he has in the past taken some bennies, which has caused him no long term harm. But in running into a former classmate named Pete, John's life could be forever changed. Pete dropped out of school and unknown to John is a drug pusher. Pete sees the signs in John as a potential customer, which Pete needs to feed his own livelihood. Pete knows that if he can get John to the stage of trying the hard drugs, such as heroin, he's got a customer for life in that John will be ... Written by Huggo
Also known as: Narcotics: Pit of Despair (on a region-free DVD).
Source: imdb.com

Be the first to review “Narcotics: Pit of Despair (1967) starring Kevin Tighe on DVD” Cancel reply 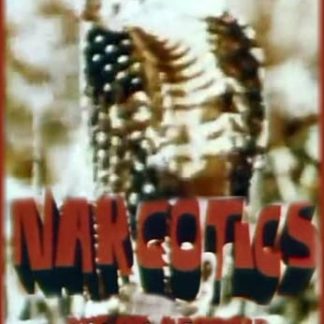