5.9
Director: Dorothy Arzner, George FitzmauriceWriters: Harry Wagstaff Gribble, Willard MackStars: Anna Sten, Phillips Holmes, Lionel AtwillSummary: Nana is a 1934 American Pre-Code film, produced by Samuel Goldwyn, released through United Artists, starring Anna Sten. and directed by Dorothy Arzner and George Fitzmaurice. This version of Émile Zola's heroine was to be the vehicle for Sten's triumph as Samuel Goldwyn's trained, groomed and heavily promoted answer to Greta Garbo. Despite the big investment, the publicity help from William Randolph Hearst, and a record-breaking opening week at Radio City Music Hall, Sten was beautiful but disappointing. Goldwyn's tutoring of Sten is mentioned in Cole Porter's 1934 song "Anything Goes" from the musical of the same name: "If Sam Goldwyn can with great conviction / Instruct Anna Sten in diction / Then Anna shows / Anything goes."
Also known as: Nana (on a region-free DVD). 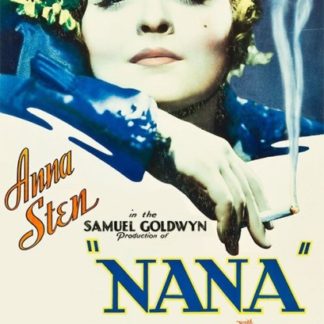