6.0
Director: Steve SekelyWriters: Arnold Manoff, Prescott ChaplinStars: Don 'Red' Barry, Ruth Terry, Lynne RobertsSummary: Republic, never a company to not try getting ahead of the curve and with writers who could remember the 1930's social conscience WW I vets-returning-home films, made this in mid-1944 (a full year before the end of WW II) as a don't-let-it-happen-again sermon. The semi-prologue opening finds Father Jim Donnelly before a post-war planning board in Washington and, as Priests quite often did in 1930 and 1940's films, tells his point-making story in flashback of how WW I vet Eddie Ballinger, shaken by battle experiences anyway, returns home to a job that is no longer there for him and finds "No Help Wanted" signs standing in his way of making an honest living. Despite the pleas from his mother and his sweetheart Lucy Manners, Eddie starts hauling booze for bootlegger Tim Oberta and takes up with entertainer Lola, who eventually betrays him, mainly because she is a one-name character and that's what one-name characters are there for... especially in a movie with the lead playing his 1944 ... Written by Les Adams <[email protected]>
Source: imdb.com 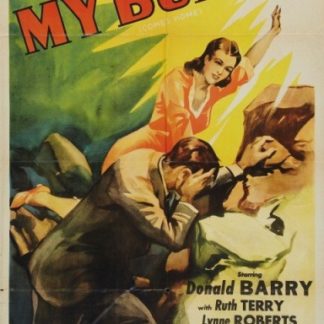