My Brother the Vampire (2001) with English Subtitles on DVD


This sale is for My Brother the Vampire (2001) with English Subtitles on DVD.

6.5
Director: Sven TaddickenWriters: Matthias PachtStars: Roman Knizka, Hinnerk Schönemann, Marie-Luise SchrammSummary: Josh is about to turn 30; he's intellectually disabled, and likes to play at being a vampire. His sister Nicole is 15, and dealing with her impending womanhood; middle brother Mike is the "normal" one, but in some ways the most childish - his latest conquest is Nadine, who runs the dog kennel at his security guard job. Nic is fixated on getting laid, and watches Mike and Nadine through the skylight with Josh. Josh also gets fixated on sex, though he has no clear idea what it's all about, and in particular on Nadine; to Mike's chagrin, she seems more interested in Josh than in him. Written by Jon Reeves <[email protected]>
Also known as: My Brother the Vampire (on a region-free DVD). 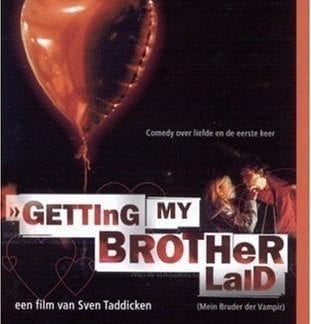