This sale is for Murder in Greenwich (2002) starring Christopher Meloni on DVD.

Director: Tom McLoughlinWriters: Mark Fuhrman, Dave EricksonStars: Christopher Meloni, Robert Forster, Maggie GraceSummary: In 1974, the teenager Martha Moxley moves to the high-class area of Belle Haven, Greenwich, Connecticut. On the Mischief Night, eve of Halloween, she was murdered in the backyard of her house and her murder remained unsolved. Twenty-two years later, the writer Mark Fuhrman, who is a former LA detective that has fallen in disgrace for perjury in O.J. Simpson trial and moved to Idaho, decides to investigate the case with his partner Stephen Weeks with the purpose of writing a book. The locals squirm and do not welcome them, but with the support of the retired detective Steve Carroll that was in charge of the investigation in the 70's, they discover the criminal and a net of power and money to cover the murder. Written by Claudio Carvalho, Rio de Janeiro, Brazil
Also known as: Murder in Greenwich (on a region-free DVD). 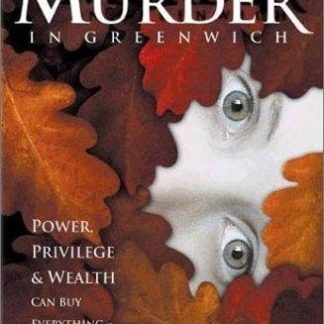