5.7
Director: John GuillerminWriters: Thomas Hedley Jr.Stars: James Coburn, Kate Nelligan, Fionnula FlanaganSummary: Mr. Patman works as a nurse in the psychiatric ward of a Vancouver area hospital. He treats his patients with care and compassion, they who in turn like him. To each, they are like family. He has disdain, however, for the doctors due to their lack of compassion toward the patients. Otherwise, he is a relatively solitary and lonely man. He rents a room in a house, where he lives with his best friend, his cat named Patty. He is carrying on an affair with Abadaba, the wife of the couple who own the house. The affair is one more of convenience for him, although Abadaba, also a lonely woman, is more emotionally dependent upon him than she is willing to admit. Patman, however, has more of an emotional and sexual attraction to Miss Peabody, his colleague at work. Peabody has career plans beyond her current job, and asks Patman to come with her. But Patman, affected by his work, is as intrigued by an offer by Mr. Wolfe, one of the ward's patients. Written by Huggo
Also known as: Mr. Patman (on a region-free DVD). 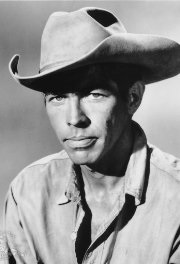