This sale is for Monster from Bikini Beach (2008) starring David Ainsworth on DVD.

5.0
Director: Darin WoodWriters: Darin WoodStars: David Ainsworth, Betty Chiang, Sid Garcia-HebergerSummary: MONSTER FROM BIKINI BEACH is the story of a primordial fiend who rises from the murky depths to quench its insatiable lust for Bikini-Clad Beauties. One man dares suspect a truth too terrifying to believe, while a crooked cop tries to cash in on the score of a lifetime! Thrown together by destiny, the two find themselves locked in the final bloody battle to defend Bikini Beach. Will they be in time to save the Lovely Ladies of Camaroville from the Beast's Wanton Rampage of Total Terror or will they die trying?! Written by Anonymous
Also known as: Monster from Bikini Beach (on a region-free DVD). 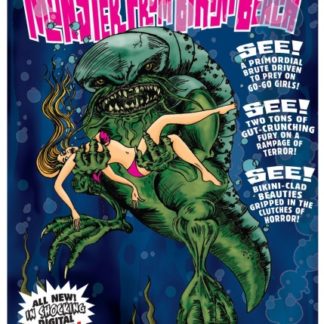