This sale is for Mondo Hollywood (1967) starring Margaretta Ramsey on DVD.

6.0
Director: Robert Carl CohenWriters: Robert Carl CohenStars: Margaretta Ramsey, Dale Davis, Theodore CharachSummary: Long considered a cult classic, "Mondo Hollywood" captures the underside of Hollywood by documenting a moment in time (1965-67), when an inquisitive trust in the unknown was paramount, hope for the future was tangible and life was worth living on the fringe. An interior monologue narrative approach is used throughout the film, where each principal person shown not only decided on what they wanted to be filmed doing, but also narrated their own scenes. The film opens with Gypsy Boots (the original hippie vegan - desert hopping blender salesman), and stripper Jennie Lee, working out 'Watusi-style' beneath the 'Hollywood' sign -- leading into the 'sustainable community' insight of Lewis Beach Marvin III, the S&H Green Stamp heir, who lived in a $10 a month garage while owning a mountain retreat in Malibu. Written by alfiehitchie
Also known as: Mondo Hollywood: Hollywood Laid Bare! (on a region-free DVD). 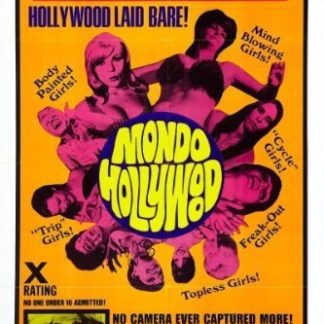