View cart “Modesty Blaise (1982) starring Ann Turkel on DVD” has been added to your cart.


This sale is for Modesty Blaise (1982) starring Ann Turkel on DVD.

5.7
Director: Reza BadiyiWriters: Peter O'Donnell, Stephen ZitoStars: Ann Turkel, Lewis Van Bergen, Keene CurtisSummary: The plot, set in what appears to be Los Angeles, involves Modesty and Willie preventing the kidnap of a young girl who turns out to be a computer genius and has been working for Tarrant's agency. Although both Modesty and Willie's back stories are given as described by O'Donnell, no explanation is provided for their North American accents or presence in California. Tarrant, as an operative of an American secret service, naturally does not have his knighthood. The super-computer they have been developing has been stolen by Debbie Defarge to use to make a killing on the New York stock exchange. Willie's knife-throwing skills and Modesty's habit of ripping off the lower part of her dress when called to action are faithfully reproduced, as is much of the banter between Willie and Modesty, but in other ways, the characters bear little resemblance to O'Donnell's literary creations. Another attempt to adapt the comic strip took place in 2003 with the release of My Name is Modesty. Written by Sahib Dino Jr.
Also known as: Modesty Blaise (on a region-free DVD). 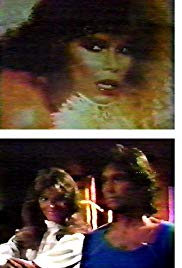