Michael the Brave (1970) with English Subtitles on DVD


This sale is for Michael the Brave (1970) with English Subtitles on DVD.

8.4
Director: Sergiu NicolaescuWriters: Titus PopoviciStars: Amza Pellea, Ion Besoiu, Olga TudoracheSummary: An epic fresco depicting the reign (1593-1601) of Mihai Pätrascu (better known as "Mihai Viteazul" / "Michael the Brave"), the famous prince who united the three provinces: Transalpine Vallachia, Transylvania and Moldavia, into the country of Romania, at the end of the 16th century (1599-1601) against the opposition of the Ottoman and Austrian Empires, this movie features large scale battle scenes mixed with political intrigues, murderous treachery, and family drama. Written by Peter Reiher & Mihnea Columbeanu
Also known as: Michael the Brave (on a region-free DVD). 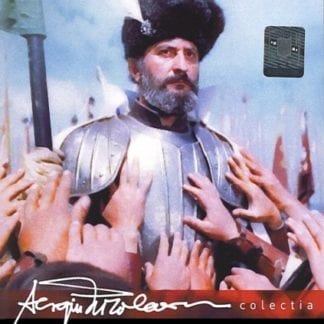