This sale is for Master of Dragonard Hill (1987) starring Oliver Reed on DVD.

4.7
Director: Gérard KikoïneWriters: Rupert Gilchrist, Rick MarxStars: Oliver Reed, Eartha Kitt, Herbert LomSummary: In 1747, lecherous Captain Lafarge, a man who loves God, women and gold - but not necessarily in that order, visits the lush colonial Caribbean island of St. Joseph's, that's become rather prosperous after the events of Dragonard (1987). Richard Abdee is now a free man living a peaceful life there, when he's offered the job of governor by the evil temptress, Arabella, who's now turned her affections toward African slaves, which is strictly forbidden. However, Abdee is soon framed for murder and has to start a new rebellion with the help of Naomi against the vile Captain Shanks and the villainous British redcoat sergeant, who reinstates the use of the notorious "Dragonard" whip.
Also known as: Master of Dragonard Hill (on a region-free DVD). 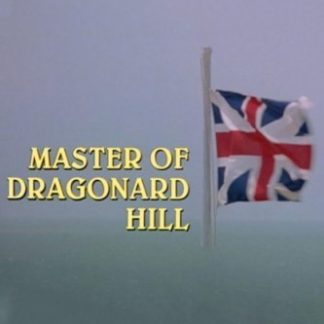