Marriage Is Alive and Well (1980) starring Jack Albertson on DVD


This sale is for Marriage Is Alive and Well (1980) starring Jack Albertson on DVD.

6.4
Director: Russ MayberryWriters: Lee KalcheimStars: Jack Albertson, Deborah Baltzell, Melinda DillonSummary: A photographer who specializes in weddings and who, according to others, has the perfect marriage. However, he and his wife are at a crossroad and have decided to separate. While he and his wife bicker and she prepares to leave, he reminisces about people whom he has photographed who have had unusual relationships. A couple has married, gotten divorced, married again, divorced again and have run into each other again. A young couple who have just gotten married after living together, which the bride prefers. And an aging comic who wants to marry a young girl over the objections of his son. Written by <[email protected]>
Also known as: Marriage Is Alive and Well (on a region-free DVD). 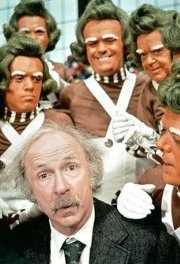