This sale is for Marketa Lazarová (1967) with English Subtitles on DVD.

8.1
Director: Frantisek VlácilWriters: Frantisek Pavlícek, Vladislav VancuraStars: Josef Kemr, Magda Vásáryová, Nada HejnaSummary: Mikolás and his brother Adam rob travelers for their tyrannical father Kozlík. During one of their "jobs" they end up with a young German hostage whose father escapes to return news of the kidnapping and robbery to the King. Kozlik prepares for the wrath of the King, and sends Mikolás to pressure his neighbor Lazar to join him in war. Persuasion fails, and in vengeance Mikolás abducts Lazar's daughter Marketa, just as she was about to join a convent. The King, meantime, dispatches an army and the religious Lazar will be called upon to join hands against Kozlik. Stripped-down, surreal, and relentlessly grimy account of the shift from Paganism to Christianity. Written by Joyojeet Pal <[email protected]>
Also known as: Marketa Lazarová (on a region-free DVD). 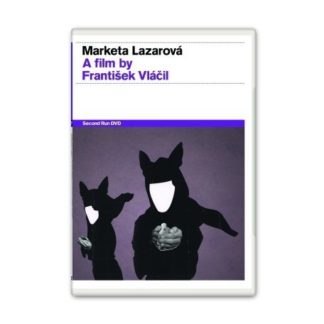