4.4
Director: Roman NowickiStars: Stacy Silver, Helmut Lund, Zdenka NovotnaSummary: After her absolute humiliation in Mark of the Whip (2006) and the not-so-distant events that changed her life completely, Carla Novak parts ways with her friend, Kasia, and dedicates herself to God to battle her addiction to the bull-whip. However, the news of a dear friend's gruesome murder will force Carla to leave the convent, bent on settling things once and for all with the monstrous Fantom Whipper. But, the elusive torturer, too, is looking for her to claim what used to be his, determined to exact his typical kind of inhumane discipline to all those who foolishly stand in his way. In the end, as Carla discovers the Whipper's lair, armed only with a big gun and an even bigger desire for retribution, inevitably, she will earn a deserving strict punishment for her rebellion, sadly, in more ways than she could ever have expected, or hoped. How sweet is the second mark of the whip? Written by Nick Riganas
Also known as: Mark of the Whip 2 (on a region-free DVD). 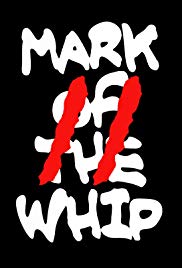